According to Profª. Drª. Tereza Maher, from UNICAMP, being bilingual means knowing and using two languages in turn. Faced with the numerous studies that challenge the old fear that this practice could confuse and delay children's speech, there is an increasing number of parents who want to introduce their children to a second language at the same time as they learn the first words in Portuguese.

The Bi-Bilíngue offers simultaneous teaching of Portuguese and English - recognized nowadays as a language of global importance - as a way to better prepare children for the world of linguistic and cultural diversity. And the sooner this second language is learned, the better the recognition of sounds, pronunciation, and effective practice. In childhood, this learning becomes easier due to some factors, such as:

In addition to the advantages of bilingualism commonly presented by scholars, such as increasing the number of brain connections in the region responsible for language, favoring creativity and reasoning, we agree with Professor Tereza Maher that exposure to a new language and cultural habits can help children to be "more tolerant and respectful, have more self-esteem and security, and develop curiosity about the world." In this regard, we consider that early contact with foreign languages and cultures is beneficial to the child mind in the sense of raising awareness of diversity and the other.

"Educate, Care and Play" are the foundations of Bi-Bilíngue pedagogical proposal. We believe that the school has a formative character that must be developed since Early Childhood Education, constituting a space of exchanges, learning, building identities and socio-cultural insertion. Our role in this context is basically to stimulate the sense of observation, awakening the curiosity of children and enabling them to seek information to be used in their daily life, in addition to the action of the family and community.

Our students play in a healthy way and explore school environments, make collages, model with clay, learn to count on blocks and abacuses, have cooking classes, art and crafts, participate in rounds of conversation and storytelling, watch videos , read and view images in books, play and assemble puzzles, and many other activities using a variety of resources. Manipulative materials, such as puppets, pots, paints and posters, in addition to the traditional pencil, wax chalk and blank paper, are always used in a way that is articulated with school planning and with defined purposes to promote knowledge and the integral development of children.

Unlike the assistance tendency present in some educational institutions, we involve the students in educational, artistic, cultural, environmental and sports activities, without leaving aside the attention and individual care absolutely indispensable in this age group. For this, a good structure is fundamental, which includes having enough materials for everyone to share and an excellent physical space to entertain the little ones. Our classrooms are interactive, colorful, cozy and have at their disposal suitable toys and activity centers that encourage reading and body expression, as well as stimulating imagination and autonomy. The children's works decorate the walls and are often exposed to parents, either at celebrations or at specially organized events for this purpose, as a way to value their achievements, while providing the interaction between family and school.

Bi-Bilíngue also offers differentiated classes within the curriculum - at no additional cost! - such as ballet, karate, swimming, musicality and physical education, comes out of contact with nature through horticulture. Our other differentials are reduced classrooms, an experienced and highly trained team of professionals, pedagogical materials (books, games, national and imported CDs and DVDs), technological resources (touch screen computers that allow the students to handle themselves) , English signboards that identify the school's dependencies and objects, as well as the walls of the park, not to mention the sound system installed in all environments, including outdoor space, which plays children's songs in English at various times of the day.

Because it is a bilingual school, our methodology combines two languages in the educational program, both of which are equally valued: the time spent with literacy in Portuguese is the same for English instruction. Teachers establish a routine and plan construction and repetition activities, including daily conversations, movies, music, story-telling, Internet videos, educational games and hand-held activities, so that the second language can progressively become familiar to the child. It is important to note that we follow the Brazilian calendar and curriculum, under the guidance of the MEC, guaranteeing the acquisition of the Portuguese language, as well as a certain continuity in case the child needs to change schools. Thus, we celebrate both national and international festive dates, favoring the access of our students to the Brazilian culture - which in itself is already quite diverse - and American in particular.

We consider that each child has their learning time and that it develops when interacting with peers and adults. Therefore, we take affection as the basis of everyday relationships and we believe that attending school should be a pleasant experience. Primarily for safety, comfort and hygiene, each environment is inviting to a world full of colors, materials and opportunities, since for many this is the first contact with reality outside home and away from the family. In this aspect, Bi-Bílingue takes special care with the students' adaptation: it is a work done in partnership, where parents are guided during this process. In short, the gradual creation of commitments with the new group and space and the beginning of small tasks, at school or at home, contributes to an efficient methodology that complements the resources and pedagogical strategies specially selected by our educators.

The didactic material adopted by Bi-Bilíngue is suitable for each age group:

In the early years of life, children learn through direct sensory experiences: they need to handle concrete objects, see images, move, and be encouraged to speak and do things as a way to explore the reality around them. To do so, we offer spaces, play activities, materials and toys that arouse their attention and interest, while stimulating their imagination, perception, language, cognitive and affective development, as well as the sense of socialization and interaction.

In this age group, children manipulate books, sing songs without being able to speak, observe everything with curiosity, grasp, release, smell, bring objects to their mouths, they finally make contact and begin to understand the world through experimentation. With this in mind, Bi-Bilíngue's pedagogical proposal is to stimulate its capacities and provide children with opportunities for knowledge and development, always respecting the learning time of each one.

In a quiet and natural way, children are exposed to the second language - at this stage, only orally - from informal everyday situations such as snack time, a diaper change, a play in the park or a round of conversation. The important thing here is for children to always hear the second language and become familiar with it gradually, without haste or obligation.

Finally, it is important to emphasize that the basic needs of the child of this age, which includes eating well, playing, resting, receiving affection and protection, are our priority and, for that, we have professionals from different areas properly prepared to take care of their wellness, safety and education.

Toddlers I and II

At this age, children - from speech - can already express their wishes, tastes and sensations. They are extremely curious and have an enormous capacity to assimilate diverse contents, which allows us to encourage their autonomy, without leaving aside the affection and the individual attention, essential in this age group.

Oral language and activities with art, imagination and movement, preferably those that stimulate and challenge the child, guide the pedagogical works of Bi-Bilíngue, which offers diverse spaces for the child to play, rest, feed, learn and live in. collectivity, having respected their habits, rhythms and preferences within the limits imposed by the school day by day. At this stage, in addition to concrete experience, it is important for the child to be encouraged to think about his actions and establish logical relationships, such as when he performs a task of serialization and classification of objects, and is motivated to explain how he has achieved result.

The second language continues to be introduced in a playful and creative way: in addition to the songs, videos, games and educational games present in children's daily life since Nursery II, the classes now also cover the reading of children's books and stories and objects with identification English scattered throughout the school environment begin to make sense for the little ones who gradually recognize the letters of the alphabet.

Developing a sense of cooperation, independence, and sociability among students is one of our primary goals. We know that this construction does not end in the period of zero to six years, but we believe and defend that it should be started in Early Childhood Education.

Kindergarten I and II

In addition to the routine of games, it is part of the programming of Kindergarten I and II a greater workload in the classroom and a curricular content with a focus on literacy, although in a very quiet and without greater rules and charges. Bi-Bilíngue follows the advice of the Ministério da Educação (MEC) so that until the age of five the learning happens in a playful and pleasant way, mainly through games, music, reading of stories and / or pedagogic and recreational activities, not limited to the tasks proposed in the handouts that, while instructive and motivating, in our view, somewhat restrict children's creativity and possibility of experimentation.

Even at this stage, the world is something to discover and know through the senses, the make believe and the manifestations of the body. In this context, school notebooks are an important record of activities carried out at school, but only serve as a complement to the actions practiced and experienced by the children in their daily life, which, as we understand it, should be as active and diversified as possible. It is worth mentioning, however, that literacy and the creation of study habits, even if introduced in a soft and gradual way in this age group, are solid, promoting the bases that will influence the performance of the student throughout his school life.

Considering that the child at this age already has a certain independence, we elaborate a pedagogical proposal based on the construction of its identity and on the socialization, which implies a learning of rights and duties. As already mentioned, we prioritize the development of imagination, reasoning and language as key instruments for obtaining the knowledge produced in its social environment and constructing its own way of acting, that is flexible and can be negotiated with other individuals, whether them adults or children.

The second language, at this stage, is not only part of daily life and is present in almost all activities, but it gains a different prominence: for example, signposts of objects begin to play a different role among students who, at the beginning of literacy, in addition to recognizing the individual loose letters, begin to join syllables and associate orality with writing, forming the first words. Both in Portuguese and in English, children need to have stimulating situations that arouse their curiosity for effective languages, materials and resources, as well as a well-planned and purposeful activity routine that provides a breakthrough in all spheres of development, from the learning and motor skills to how to relate and work with emotions and feelings. For us, connecting content, technology and values as responsibility, respect and autonomy is to offer students the foundations necessary for the reinvention of the world! 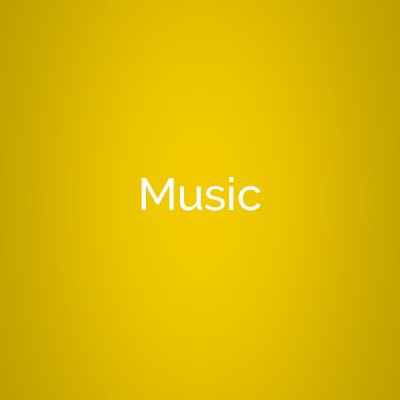 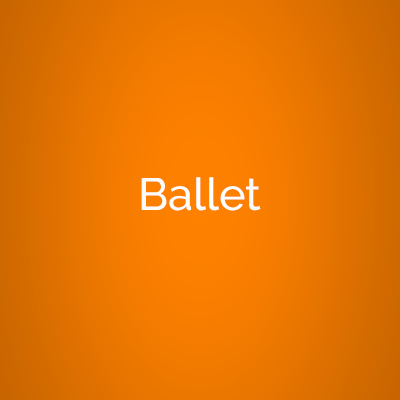 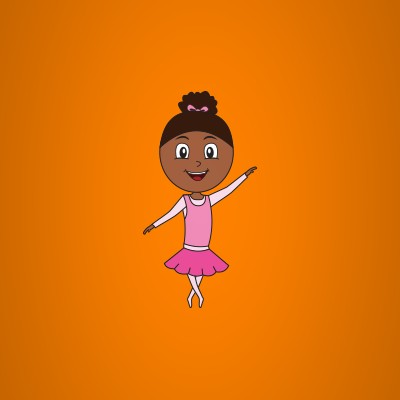 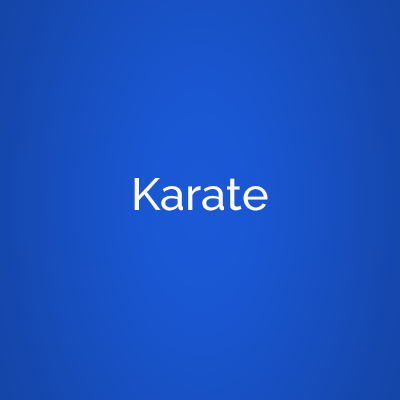 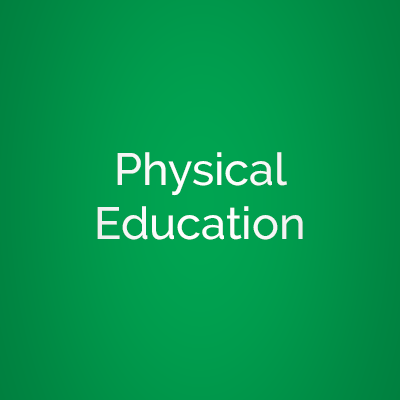 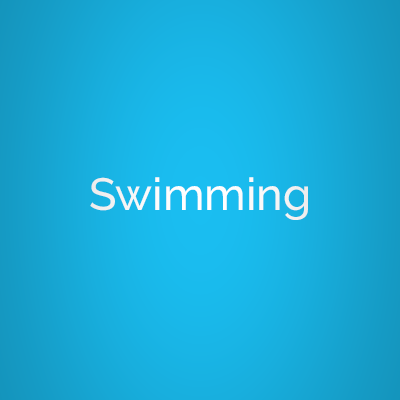 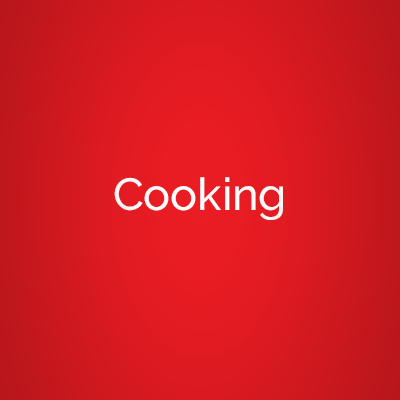